Listening to the Trees

Here's a new journal page for today -- it has been waiting for words for a week now. Even though I was refreshed and rejuvenated on Monday I haven't been able to bring myself to the studio much. I thought my hesitation/lack of interest in finishing it was because it was a tree and I didn't know what direction to take it. Spring or Fall. But it was just my indecision in general, or avoidance, but not directed at my journal though. 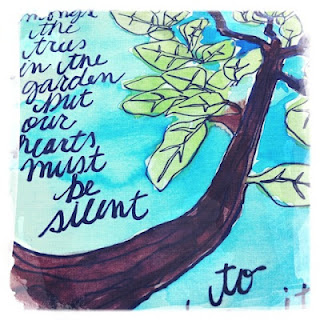 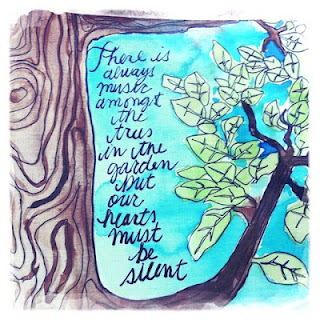 and some of that is simply not wanting to do anything. I did make a huge batch of spaghetti sauce and canned it for the coming winter.

and the other part of that is feeling like I should just get a job and forget all this art nonsense. I waffle daily from one thing to the other. I'm having a hard time figuring out what my heart is saying. 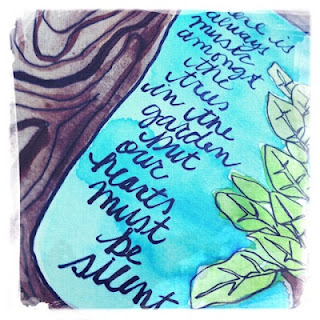 And the other part is having a hard time figuring out what my head is saying. 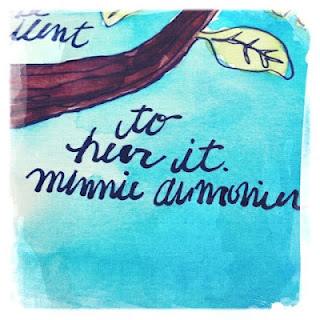 And the other part is I don't know who to listen to. 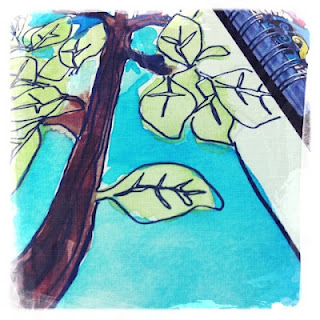 And the rest of me is simply confused about everything. 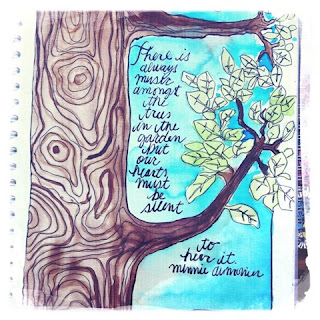 When I started this art journey I never thought it would be so hard to figure out where to go. 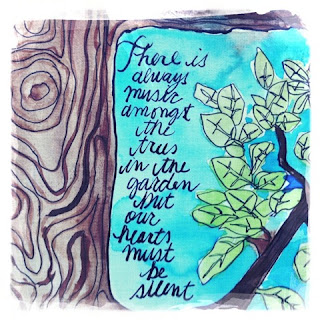 So now I guess I need to listen to the trees and let my heart and head be silent. And maybe I'll make some art. 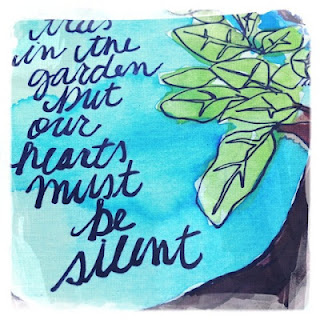 or maybe go camping. or take a nap. or start running. or write a book. or take a class.

Posted by Catherine at 8:36 AM