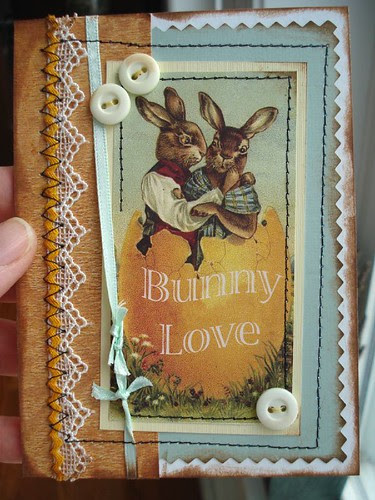 My friend Vic (http://vickichrisman.blogspot.com) put out a challenge the other day...and lucky me got to play along! The challenge was that she'd send an envelope of goodies to 10 (well it started out as 10 people and so many wanted to play that she increased it to 20) and we had to make a card using ONLY the items in the envelope. We could only add ink, paint and hopefully stitching - she didn't say no stitching so I assumed it would be ok... Anywho, this is my card though I didn't use everything - I had two brads and a pin left over....isn't it pretty! I gave it to my Mom so she could send it to her sister for Easter!

Also wanted to share these little ATC's I made for Heart in Hand's First Anniversary yesterday. I did a make and take and these were the cards I made as examples. 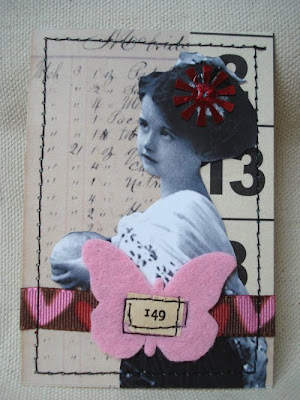 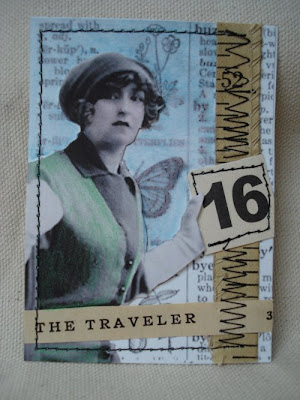 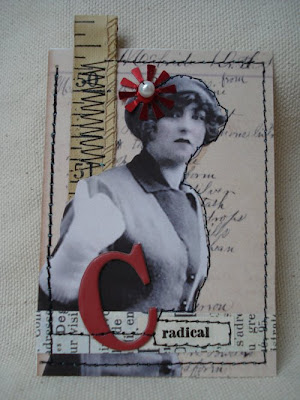 Hope you had a great weekend...and go see Horton Hears a Who....it was funny!
Posted by Catherine at 10:36 PM