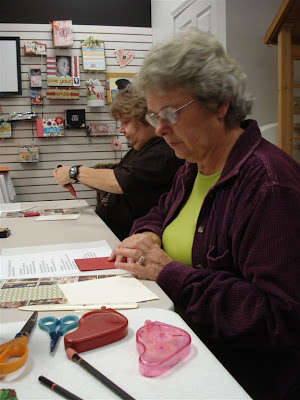 Friday night I took my Mom to a card making class. She's been wanting to learn how to make cards for a long time - kind of a disgruntled card purchaser! The cost of buying a pre-made card is so expensive that she wants to make her own. So I signed her up and we went. We had a good time, though not as many laughs as normal. I think she was concentrating on her cards... 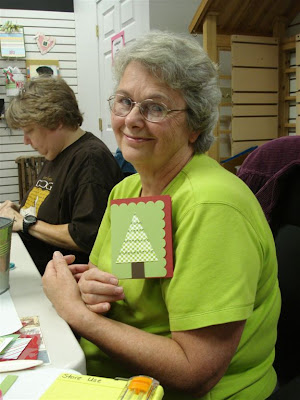 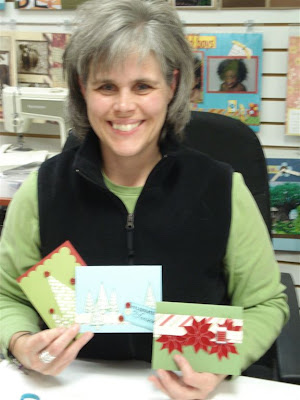 Anyway, yesterday was a computer-free day for the most part. Little V went down and had breakfast with Gram and let me sleep until 8:30 (oooh, how sweet - I think he was just hungry for her waffles...ha!) and then we decided to tackle Big V's office that hasn't been touched to unpack any box since we moved in. I decided it was going to be our own While You Were Out!! I had some things to return at Home Depot - got a credit - and purchased a shelving system. Then my DAd helped me put up the rails. Though, I picked up the wrong arm things and have to go back and exchange them today - I am hoping the Big V will be happy.
He doesn's like to clean or organize - and the room was such a mess that he didn't know where to start. So, with shelves I can organize all the books and boxes and what not...and maybe he'll get started in his Fly Tying Fiber business that he's needs to get going on. I hope so anyway.
Well, TTFN. Gotta get the treadmill done, then it's off to pick some apples and hike Bradbury Mountain with the Scouts. Busy busy day.
Posted by Catherine at 8:17 AM