So, I got that pile of rocks for my birthday back in June - but I haven't shown you I've been throwing them around and piling them up - and hitting my husband with them....ha ha. That one was for you Pete!! LOL. I think things are coming along nicely, AND very slowly. This counts as being creative, since I am creatively arranging my rocks, ha!! Anyway, this is about as far as I've gotten. Still tons of ROCKS to move!! But, I'll get there, sooner or later. Now that we are pretty much finished with unpacking and getting organized. You are probably wondering why the neighbors (aka my family) in the area think I am some crazy person with a rock fetish... ya, so what if it's true!! Anyway, I got a call from my cousin the other day asking me if I wanted some rocks from his job site. HECK ya! I really didn't think much of it and got on with my business - until my husband drove in and unloaded some big honkers....and then Big Jim drove in a while later with rocks that are so large I have no idea how I am going to move them. Jim is a VERY tall and burly and strong guy AND he moved them with no problem..... So, on to the rock fetish thing. I am a rock collector. Alright, I collect a lot of crap...ha - but that's beside the point. I am a sucker for cool rocks. Flat ones. perfectly round ones....pretty colored ones....and sparkly ones. (But since I saw Blood Diamond I can't bear to wear my diamond that Joe gave me, ooooops!) I always have had a love of rocks. Love 'em. Dig 'em. Will make eggplant rolitini for them, ha. 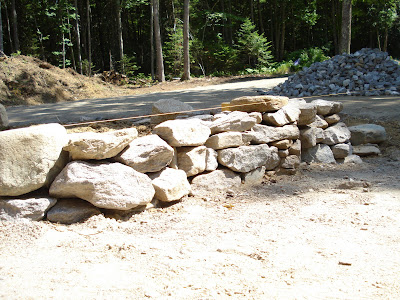 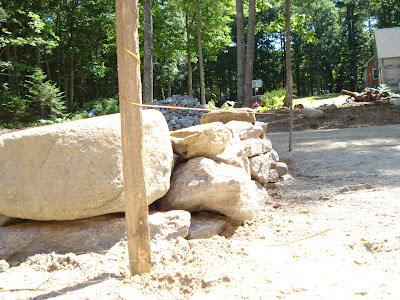 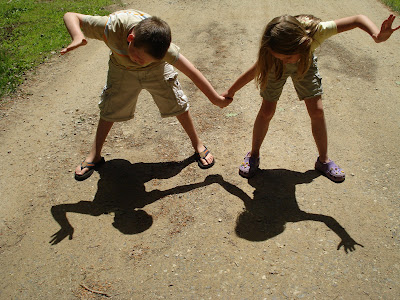 Just love this shadow picture of my Little V and my little neighborhood scrapbook girl. She's really my niece, but I'm getting her addicted to scrapbooking....but that's another story. I printed this picture out - and it looks WAY cool upside down. Time to stand on your head! On that note, Nighty night !!
Posted by Catherine at 10:15 PM