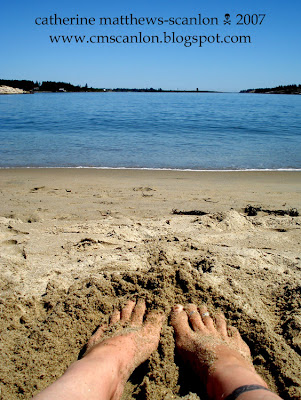 Little V and I went to the beach again today....perfect weather again...we stayed from 11 to 4 - just hanging out in the water (brrrrrr it was cold, I think somewhere around 65 degrees!! ) looking for shells and more sanddollars, which we found 99 of...well, actually over 100 but he gave some away to people he said looked nice...awwww, so sweet! It was very nice and relaxing - I am thankful I remembered the sunscreen because we would have been TOAST - burnt toast. It was great.I kept saying, time to go home - but I couldn't drag myself away...15 minutes later I'd say it again.....it was a great time. As I was sitting on the beach I called my good friend Vic to make sure everything was OK with her son - Iasked her if she could hear what was going on in the background - she couldn't tell.......when I told her it was the Atlantic Ocean she sounded a bit jealous....so Vic, the above picture is for you....that was my view as we talked on the phone!! My silly feet just to prove it!! 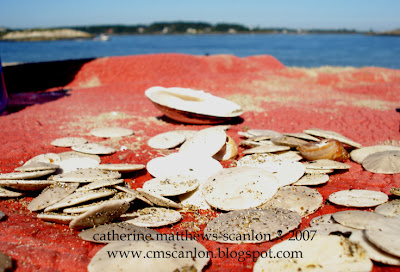 Some of the sanddollars we found. 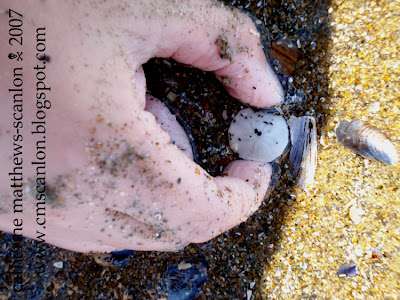 Little V picking up a baby sanddollar, just so you can see just how big they aren't! 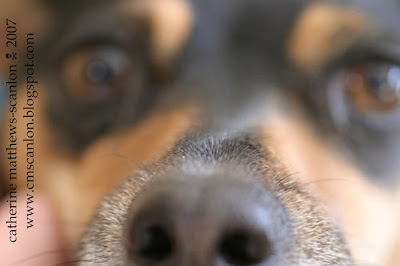 And, because I haven't shared her in a while, this is the little face that wakes me up in the morning....when the other little face doesn't! ;-)
I don't think I said when I was going to choose the winner of the page made with the ScrapMuse kit, so I think it'll be this Friday...remind your friends!! Have a great night everyone!!
Posted by Catherine at 8:10 PM