I am so LUCKY!

And it's not because I'm scottish either :-) For as long as I can remember I've worn orange on March 17th. Just to be a little different....keep things interesting....you know - just being myself. Today, the orange sweatshirt that I've worn for the last two years wasn't presentable in public, so I wore a blue shirt with a white t-shirt underneath, to honor the Scottish flag. I sent my son to school in a green shirt trimmed with orange. You see, his father is Irish....he he he. I'm not sure where I learned about the orange thing, but it does have some historical importance....
I found this on Wikipedia:

Some Protestants have begun wearing orange on St. Patrick's Day as a mark of defiance [15]. This relatively new tradition has its roots in William of Orange (William III), the King of England, Scotland, and Ireland, who defeated King James II, a Roman Catholic, in the Battle of the Boyne near Dublin. William's victory would ensure Protestant military dominance on the island and has been a source of tension ever since. Although the "Orange" in William's name actually referred to a province in southern France, the colour reference of orange for Protestants stuck. This is why orange now appears in the Irish flag - to symbolize the Protestant minority in Ireland [16]. The first group to take part in the tradition of wearing orange on St. Patrick's Day appears to have been the Orange Institution, a Protestant fraternal organization more commonly known as the Orange Order. Some members of the order wore orange in various parades on St. Patrick's Day as a mark of defiance.

I'll have to make sure I have an orange shirt for next year.
I wanted to share one of the reasons I feel so lucky this week! Yesterday I received 4 of the most beautiful ATC's I've gotten lately to add to my collection. Two from my dear friend Stephanie in Canada and two from my dear friend Shawn. All four of them are gorgeous, dontchya think? 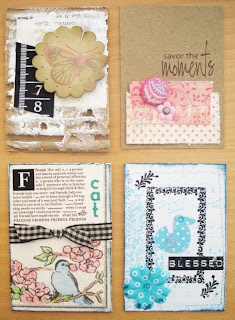 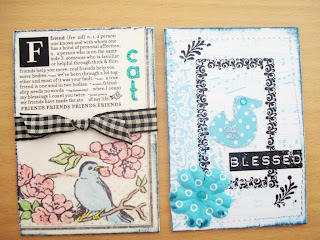 The two above are from Shawn. 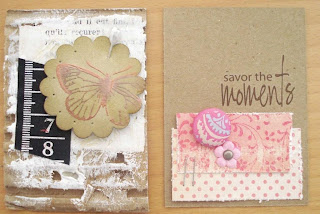 These two are from Stephanie.


Thank you ladies, I love them so much! Well, thanks for visiting. Hope you have a lucky St. Patty's Day, or whatever it is that you celebrate today. TTFN!
Posted by Catherine at 7:22 PM