Mt. Washington. phew. did. I. ever. survive. As you can see by the first several pictures it was pretty foggy up at the top...and the drive up was pretty harrowing. With not knowing what to expect at the next bend, a pretty narrow and windy road not being able to see 15 feet in front of us....a lot of the time my view was of the roof of the car. I was pretty nervous, and my guys DID NOT MAKE it any easier for me not to be nervous.

Look at the picture of the my little guy and me at the Summit of Mt. Washington, look at how tight we are holding hands - and how he is holding on to the sign. It was SO windy - we held on to each other for fear of falling over! I don't really think we would have, but it was pretty windy. And cold. We even saw a little sleet mixed with the rain. The summit of Mt. Washington was 6,288 feet. Six thousand feet in the air. phew. No wonder I was white knuckling it on the way up! 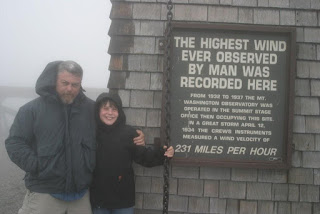 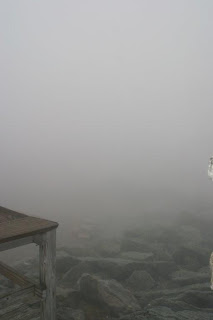 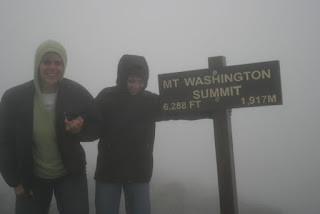 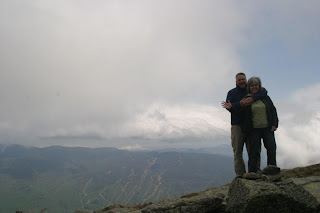 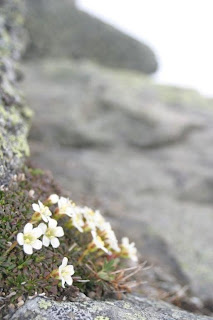 On the way down we stopped a couple of times to take pictures. I love the lichen in this picture ( I think that's what it's called) with the pretty flowers growing out of it. 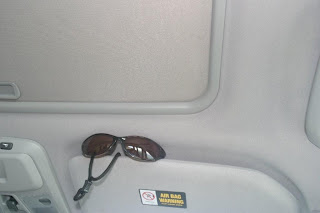 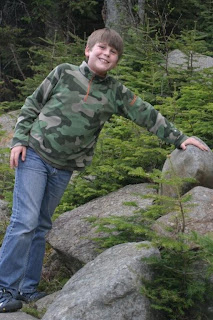 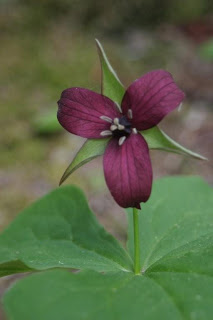 I love this pretty maroon trillium. We used to have them around here and my Mom always called them Stinky Benjamins. This one didn't stink...but it was very pretty. 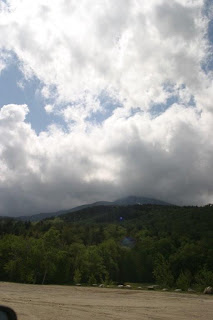 We also took the gondola up Wildcat Mountain. At one point they stopped the wire, and the gondola started swinging - and I thought I was going to have a heart attack. Again, my guys laughed and picked on me because of it. I felt like Rodney Dangerfield.....lol. 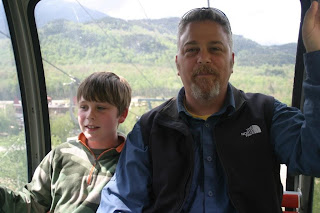 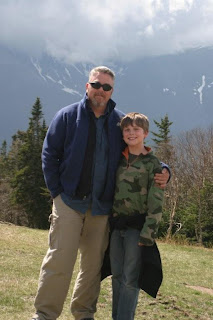 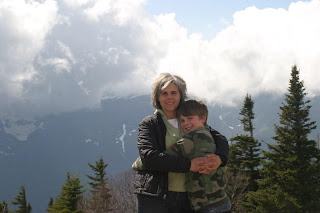 Look how cool the clouds look behind us....that's the summit on Mount Washington. You can see how dang foggy it was. I don't think I'll ever go back up there....at least I won't be driving up there again! 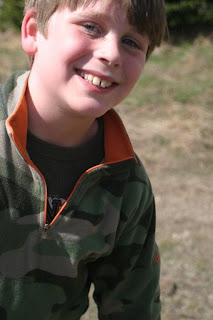 He's such a cutie! 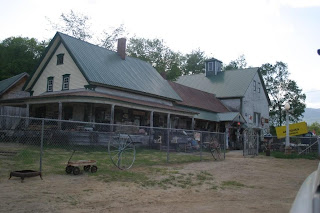 On the way home we saw this very cool junk spot and decided it was a great place to poke around for an hour or so....and did we ever. We found a few neat things.... 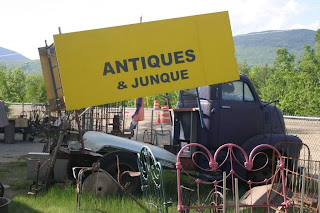 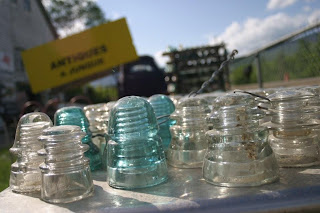 Well, that's all for today...enjoy the rest of your weekend and HAPPY Memorial Day!
Posted by Catherine at 10:07 PM